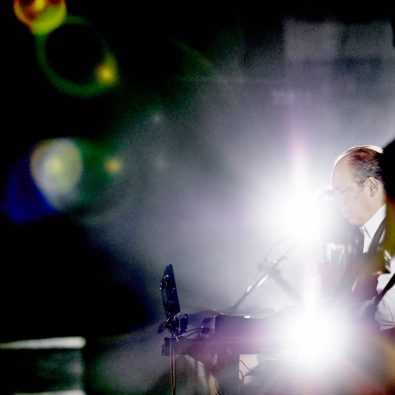 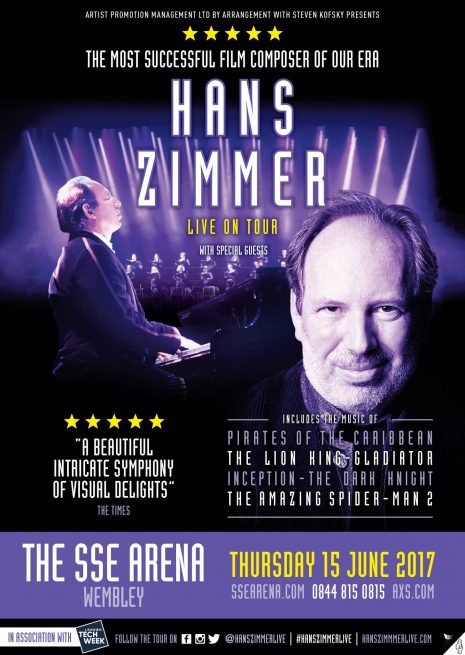 Hans Zimmer, Hollywood’s most in demand and innovative film music composer whose 100 film scores have made over $24 billion at the box office, will be returning to the UK in the Summer of 2017 following his very first US and Australian concerts.

The award winning artist will perform in London at a celebratory concert as part of London Tech Week 2017, Europe’s largest festival of technology and innovation. The concert, to be held at SSE Wembley Arena, will be part of London Tech Week’s headline programme of events hosted by London & Partners, Informa (KNect365) and Tech London Advocates. Hans has been a tech pioneer since the 1970’s when he first started making music with computers. His method of integrating electronic music with traditional orchestral arrangements is now his signature sound.

London Tech Week 2017 (June 12-16) is set to be bigger and better than ever, with tens of thousands of people taking part in hundreds of eventshosted across the capital. The mega-festival will provide an opportunity for London to showcase its tech credentials on the world stage and show that #LondonIsOpen.

Deputy Mayor for Business, Rajesh Agrawal, said: “I look forward to welcoming Hans Zimmer to London during Tech Week to entertain and inspire Londoners with his brilliant and groundbreaking music.”

“Here in London, we are home to some of the world’s greatest talent, and to an unrivalled spirit and history of innovation. Alongside our thriving business ecosystem, this makes us the world’s leading city in which to do business or invest in tech. London Tech Week is our opportunity to showcase that London is open to entrepreneurs and start-ups from all over the world.”