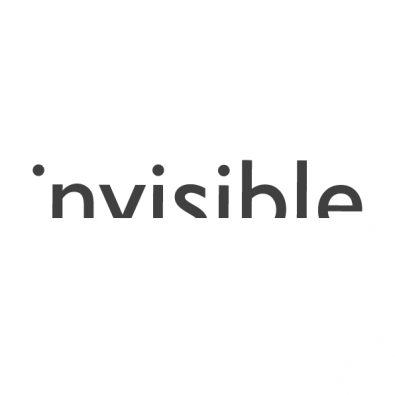 Legend of the live events industry Harvey Goldsmith has recruited a team of some of the most experienced events professionals to launch a new type of agency.

The new team includes Mark Bustard as managing director, who moves from his role as head of fan engagement at CSM Sport & Entertainment.

The nvisible Agency will be a specialist ‘agency for agencies’, offering creative, design, production and project management services to agencies involved in live events and experiential marketing.

Headquartered at Great Titchfield Street in London’s West End, nvisible will specialise in music, sports and entertainment, building on the extensive experience of the team.

“The growth of the experience economy in recent years means that live events have never been more pertinent for brands and rights holders.

Collectively and individually, this team has worked on myriad world-class and iconic live experiences that have touched millions around the world and I’ve brought them together to create a ‘best in class’ service for agencies wanting to achieve success through live events.

It feels like the perfect time for nvisible; I am confident we’ll be the unseen partner behind some of the most successful events in 2019 and beyond.”

Together, nvisible have unparalleled expertise in music, sports and entertainment:

Harvey is a legendary producer and promoter of live & charity events, as well as television broadcasts.

He has produced, managed and promoted shows with many of the world’s major artists, taking responsibility for the world’s two largest music events ever: Live Aid and Live 8.

Harvey has received numerous awards, including a CBE, the Chevalier des Artes et Lettres and the Diamond Award for his contribution to the arts, in celebration of the Queen’s Diamond Jubilee.

In 2009, Harvey began working with Andrea Bocelli, co-promoting his sold-out UK shows. In June 2012, Harvey produced The Jubilee Family Festival in association with Sainsbury’s, hosted in Hyde Park over 2 days as part of Her Majesty The Queen’s Diamond Jubilee celebrations. In June 2013, Harvey produced ‘Sound of Change Live’ – a charity event founded by Gucci – at Twickenham Stadium. He is also the founder of OnBlackheath Festival. In 2016 & 2017, Harvey co-produced Hans Zimmer Revealed and Live World Tours, with over 100 shows in 38 countries. He is chairman of British Music Experience, the UK’s only museum of contemporary music.

Mark’s most celebrated work as creative producer and project director is in large-scale public events. His portfolio includes five years as the show producer for London’s New Year’s Eve fireworks, being creative producer for the band U2 as well as project director for major sporting events including F1 Live in London, the Olympic Heroes Parade in Manchester, New York Super Bowl for Verizon and the Rugby World Cup 2015 central London fan zone.

Grant specialises in creating unique live experiences for sport and entertainment. His projects have included activations for the NFL, Premier League, Rugby World Cup, F1 Live in London and the New York Super Bowl for Verizon. He has also devised a number of music and immersive theatre activations for a host of brands from Bacardi to Vodafone and Smirnoff, as well as having led numerous teams of creative specialists.

Jim has been responsible for developing, producing and delivering a wide range of entertainment projects worldwide, including Hans Zimmer Live Tours 2016/2017, the 2010 FIFA World Cup kick-off concert in South Africa, the Ahmet Ertegun tribute concert with Led Zeppelin, alongside being a production consultant for the Ultra Music Festivals worldwide.

Luke has worked as a producer, production manager and event manager for artists, broadcasters, promoters and brands on a range of events, including concerts, tours, broadcast events and brand activations. Clients include AEG, Diageo, Nissan, MTV, Louis Vuitton, Moet and the Greater London Authority. He has overseen accreditation for ISO9001 quality management systems within multiple organisations.

Internationally, Tim designs, develops and installs complex event infrastructures and consults on crowd management at mass gatherings for promoters and local authorities. He has worked with the world’s biggest promoters, artists, brands and agencies as a production manager, stage manager and site manager. Projects have included: Oasis in the Park; Beyond the Valley Festival in Australia; Reading Festivals (since 1996) and London 2012. More recently, Tim has worked with London Stadium to ensure the smooth reception of touring acts including: ACDC; Depeche Mode; Guns N’ Roses, as well as welcoming international athletics to the stadium.