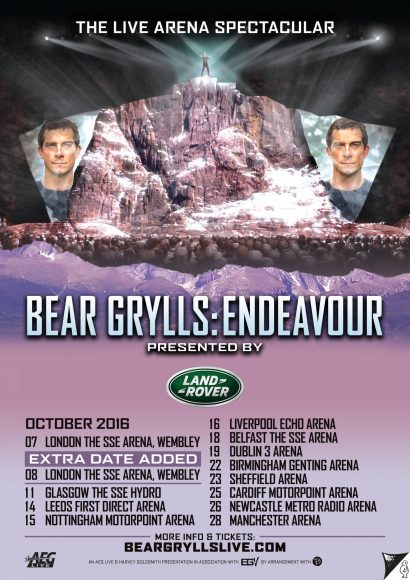 A mind-blowing live action and adventure show designed and hosted by Bear Grylls alongside a cast of expert aerial artists and stunt crew, Endeavour: Your Adventure Awaits is a hair-raising, immersive, theatrical expedition across the globe using state of the art video mapping technology and stunning special effects.

To book your tickets head over to beargryllslive.com