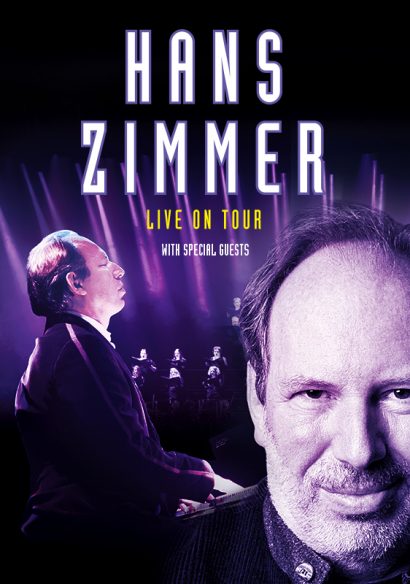 Hans Zimmer, Hollywood’s most in demand and innovative film music composer whose 100 film scores have made over $24 billion at the box office, will be returning to Europe in the Summer of 2017 following his very first US and Australian concerts.

Hans, whose music can currently be heard in BBC 1’s ‘Planet Earth II’ and the Nexflix phenomenon ‘The Crown’ will be joined onstage by his 15 piece studio band, along with an orchestra and choir bringing the total number of musicians on stage to over 60.

“Following the extroadinary success of Hans’s first ever sold out tour in Europe, I am delighted to have the opportunity to present Hans’ first concert series in the US and his triumphant return to Europe.” stated Goldsmith. “Hans is a genius of our time, having thrilled millions of cinema goers with his amazing film scores. At last, Hans will reveal a collection of his finest scores to a live audience.”