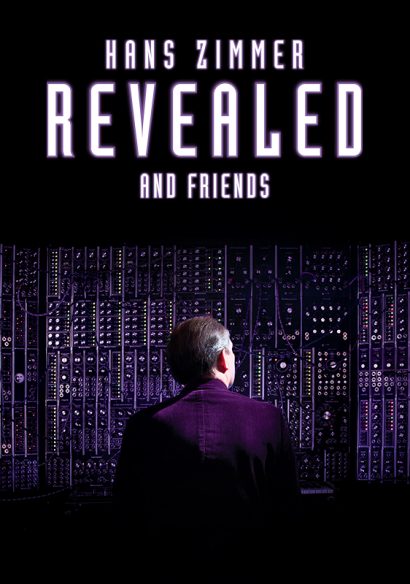 Grammy, Golden Globe and Academy Award-winning composer Hans Zimmer announced west coast dates today for his new concert experience ‘Hans Zimmer Revealed.’  On the heels of a his recently announced European tour dates, Zimmer will perform three shows on the west coast in April including a performance at the Microsoft Theater in Los Angeles on April 14, The Bill Graham Civic Auditorium in San Fransicso on April 19 and The Park Theater in Las Vegas on April 21.   Zimmer will then visit Australia and New Zealand before kicking off a major European tour.

‘Hans Zimmer Revealed’ is a multi-layered experience for concertgoers and a must-see concert event, featuring career-spanning music from Zimmer’s multi-decade career.  The tour kicked off earlier this year with a sold-out two night run at London’s Wembley Arena before embarking on a 33-city run that included shows in major European cities including London, Paris, Munich, Prague, Geneva, Dublin and Vienna to name just a few.  The tour received rave reviews in every city.

The concert will be in two parts: the first being some of Zimmer’s classic movie scores including GLADIATOR, THE LION KING and PIRATES OF THE CARIBBEAN, and the second featuring re-imagined versions of some classic scores such as THE DARK KNIGHT TRILOGY and INCEPTION with special guests from the rock and pop world.

“Following the extraordinary success of Hans’ first ever sold out tour in Europe, I am delighted to have the opportunity to present Hans’ first concert series in the US and his triumphant return to Europe,” stated Harvey Goldsmith, co-producer of ‘Hans Zimmer Revealed.’ “Hans is a genius of our time, having thrilled millions of cinema goers with his amazing film scores. At last, Hans will reveal a collection of his finest scores to a live audience.”

Hans Zimmer has scored more than 120 films, which have, combined, grossed over 24 billion dollars at the worldwide box office. His upcoming film projects include Sean Penn’s The Last Face and 20th Century Fox’s Hidden Figures, with Pharrell Williams and Ben Wallfisch out January 2017. Zimmer has been honored with an Academy Award®, two Golden Globes®, three Grammys®, an American Music Award, and a Tony® Award. His most recent Academy Award-nomination for Interstellar marks his 10th career Oscar nomination with the Academy. In 2003, ASCAP presented him with the prestigious Henry Mancini award for Lifetime Achievement for his impressive and influential body of work. He also received his Star on the Hollywood Walk of Fame in 2010, and in 2014 was honored with the Zurich Film Festival Lifetime Achievement Award. Zimmer recently completed his first concerts in the UK, “Hans Zimmer Revealed,” at the Eventim Hammersmith Apollo, and concluded his first ever European tour, “Hans Zimmer Live,” on June 5, 2016.