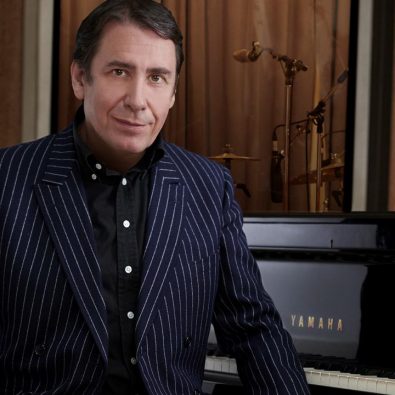 Musical virtuoso Jools Holland and his well-renowned Rhythm & Blues Orchestra have announced dates and special guests for their upcoming 2017 Autumn/Winter UK tour. Now in its 22 nd year, these legendary shows are not to be missed, with the 33-date tour starting off in Southend on Thursday 26 th October. Highlights include two dates at London’s iconic Royal Albert Hall on Friday 24 th November and Saturday 25 th November, along with arena shows at Cardiff’s Motorpoint Arena on Friday 15 th December and finishing off the tour at Leeds’ First Direct Arena on 22 nd December.

José Feliciano, one of the most prominent stars in Latin America and revered musicians in

the world. Having worked with the likes of John Lennon and Joni Mitchell in the past, his

Gees’ “And the Sun Will Shine,” along with the much-loved Christmas classic, “Feliz

Navidad”. Jools and José will also be recording an album together with the Rhythm &amp;

Blues Orchestra, which is scheduled to be released on 27 th October. With his mix of Latin

and pop styles and his inimitable guitar playing, it’s no question that José will go down a

‘A man whose voice and guitar I’ve idolised all my life. A unique innovator whom I am

immensely looking forward to working with’.

My gosh! Jools Holland is an icon who’s played a major role in the life of contemporary music

throughout the United Kingdom and way beyond. He continues to do so and for that I admire him

greatly. Don’t ever deny us of your magic, Jools; it’s an honour to be working (playing!) with you.

special guests in the past. These include Solomon Burke, Lulu, KT Tunstall, former Spice

Hendrickson from The Selecter.

Also featuring in the shows will be fan favourites Ruby Turner, Louise Marshall and Beth

Rowley on vocals, along with the supreme Rhythm &amp; Blues Orchestra with original

Squeeze member Gilson Lavis on drums. Master of ceremonies for the shows, Jools, will

instrumental album Piano, released in December 2016, as well as songs from his new

With a huge collection of boogie-woogie tracks from multiple decades, a night at one of the

UK’s most popular tours is for sure a memorable one!

Tickets are on sale now and are available at

CD with your tickets. For more information please click (here)

Tickets for the Spring/Summer dates, Belfast on 13 th Oct and Dublin on 14 th Oct are